In September the BBC invited us to capture the ideas and opinions of the British public on the country’s elections. As BBC Breakfast starts early, we travelled from London to their headquarters in Manchester the day before and carried out extensive research into the elections and relevant issues for the community. We wanted to capture people’s true emotions. 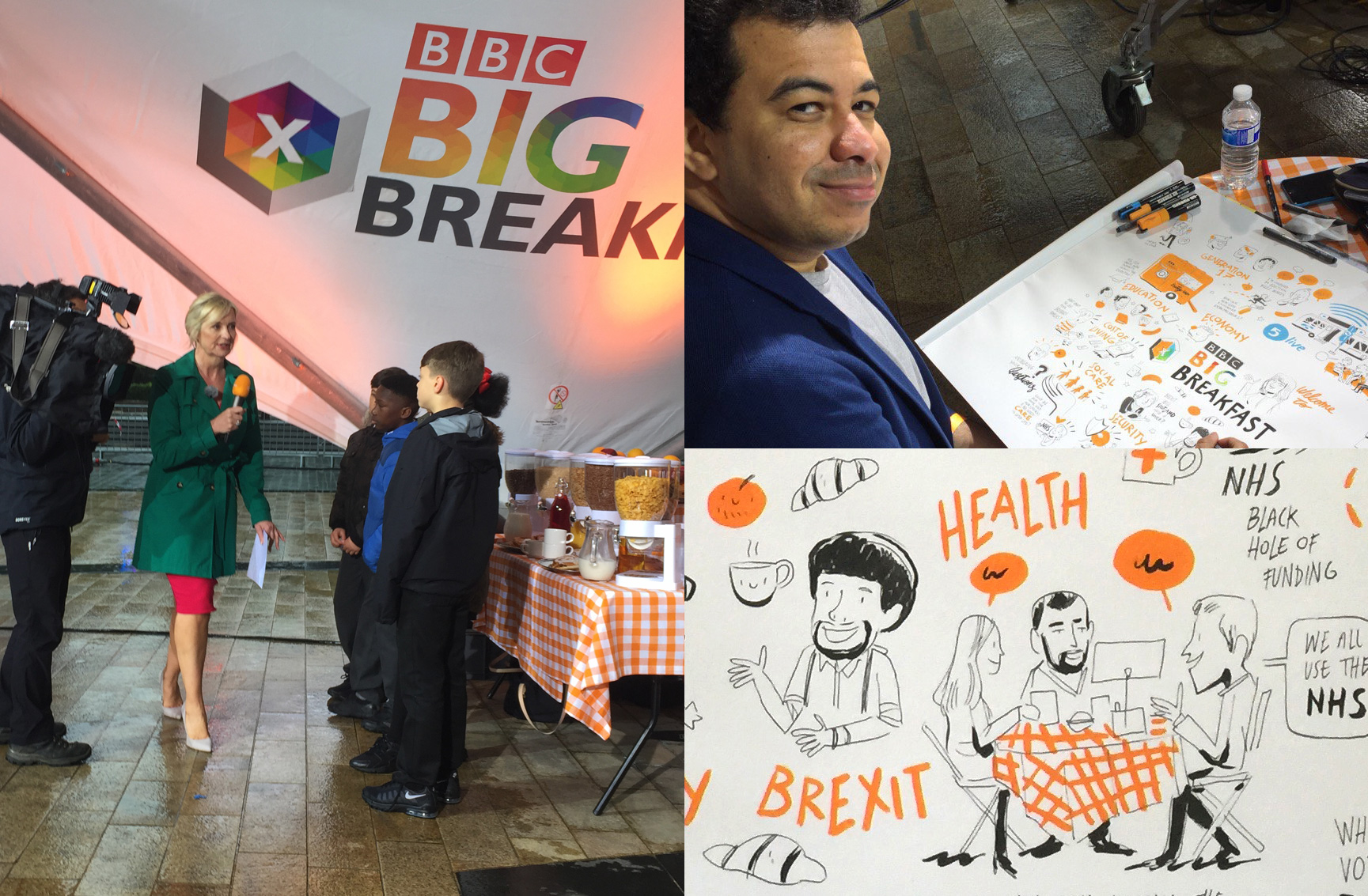 Members of various societal groups were also invited to the programme, including a diversity of gender, race, age and opinion. Fertile ground for our graphic recording work. The freezing climate and constant wind were no obstacle for our scribe, David Jesus Vignolli.

‘When your attention is focused on drawing the conversations and what people are talking about, you do not feel the cold or the wind. The only moment I realised they were there, was when I had to hold the sheet of paper so it did not fly away,’ said David.

The result of the work was a collage of ideas generated by the public and a record of the programme, which was held on such an important day for the country’s future.

Travelling with the Bank of England